Where are interest rates heading? 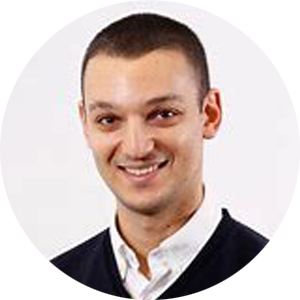 Josh Levy of Ultimate talks to CreditMan about “Where are interest rates heading and what impact will this have on the specialist finance market? “

2022 was supposed to be the year in which the world fully recovered from the shock of COVID and returned to pre-pandemic growth trajectories and normalised trading conditions. Inflation was undoubtedly going to be a challenge, but it was largely attributed to supply-demand imbalances that were expected to unwind over the course of the year, with a little assistance from monetary policy and gently rising interest rates. Yet the economy has simply bounced from one crisis to another, with the Russian invasion of Ukraine another chapter in the list of external events proving highly disruptive to global supply chains.

The situation in Ukraine is deeply harrowing in terms of the unnecessary destruction of a country and tragic human loss. In economic terms it threatens to create a stagflation shock – economic stagnation at the same time as rising prices. Energy supply issues and cost pressures will in turn reduce household and corporate spending power and therefore economic growth. The annual rate of CPI inflation rising to 6.2% in February, the fastest pace of price growth since 1992 and a long way above the official 2% Bank of England target, magnifies the situation and is expected to get worse before it gets better, with considerable volatility in energy prices.

With Chancellor Sunak remarking that “no government can solve every problem and particularly when you’re grappling with global inflationary forces,” the spotlight has been placed firmly on the Bank of England to navigate what its Governor has described as the “biggest trade-off the Monetary Policy Committee has faced in its now approaching 25 years life […] given growth and inflation are pulling in different directions.” This trade-off is how to balance the growth drag from the impact of high inflation on real incomes with the implications of increasing interest rates, whilst also needing to demonstrate its inflation fighting credibility in reacting to tight labour market conditions and domestic price increases.

So far, the Bank of England has signalled that it is more concerned about high inflation than it is about the risk of economic weakness, particularly with interest rates still low in a historical context. Since we explored this topic in detail in December, interest rates have increased from 0.1% to 0.75%, the first time rates have been increased in three consecutive policy meetings since 1997 and a return of rates to pre-COVID levels.

Are rising interest rates another hammer blow to consumers already dealing with a cost of living squeeze? Are they a survival threat to businesses still processing margin pressures from wages, energy prices, the higher cost of raw materials, tax increases, and repayments of COVID-support?

It’s hard to find a positive from higher rates – any additional cost to consumers is unwelcome and businesses are still trying to manage the financial impact of the pandemic. The increased cost of borrowing will impact those homeowners outside of fixed rate mortgage periods and any businesses with variable cost debt facilities. There may also be a confidence overhang that reduces investment plans and potentially starts to take the sting out of a very buoyant housing market.

But the economy is perhaps less sensitive to interest rate increases than commonly believed. Only around a third of households have a mortgage and half of all mortgage borrowers as of Q4 2021 had fixed rates for five years or more. Of the £80bn lent to businesses across all of the Government schemes – Bounce Back Loans, CBILS, RLS – the vast majority of this will have been fixed rate facilities taken out when base rates were at their lowest. This all suggests that it could be some time before the full impact of higher rates makes its way through to households and businesses, even though the perception of the UK economy is one of high mortgage and business debt levels.

Clearly, the situation is nuanced, and many households and businesses will indeed be facing higher debt service costs in both the short and long term. But we remain in a low interest rate cycle even if, as mooted, base rates continue to rise to 1.5% or more over the next 12 months. It is important to recognise where rates are in a historical context, as the below graphic shows: 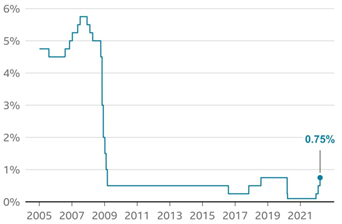 There is, therefore, no need to overly panic. Time and time again, the resilience of businesses and households has been demonstrated. Whilst consumer confidence has taken a hit and spending will likely weaken as inflation bites, both business confidence and the labour market remains strong. In addition, the Bank of England have recognised the limited effectiveness of increasing domestic interest rates to combat international price movements in energy and commodities, which will put a ceiling on how far rates will increase.

We have become accustomed to interest rates being near-zero ever since the financial crisis, but rates were as high as 5.75% 15 years ago. Higher rates don’t necessarily mean high rates, and the economy has bigger issues than a few more rate hikes, including inflation itself. The recovery has been unbalanced so far – Government expenditure is 9% above its pre-COVID level, household spending 1% lower and business investment down 12%.

The specialist business finance market remains robust and highly supportive of growth plans, investment plans and restructuring requirements. For any business looking closely at their borrowing costs or future requirements as activity increases, the recommended first port of call should remain early engagement with trusted advisers, accountants and brokers. 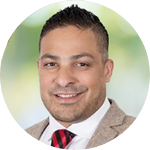